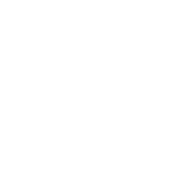 (Summary description)What is the position of power battery dismantling in the recycling of power batteries? What are the key challenges of facing it? How to break through? Echelon utilization is only a part of recycling. According to insiders, the service life of power batteries for new energy vehicles is generally 5-7 years.

(Summary description)What is the position of power battery dismantling in the recycling of power batteries? What are the key challenges of facing it? How to break through? Echelon utilization is only a part of recycling. According to insiders, the service life of power batteries for new energy vehicles is generally 5-7 years.

What is the position of power battery dismantling in the recycling of power batteries? What are the key challenges of facing it? How to break through? Echelon utilization is only a part of recycling, and the final destination of retired power batteries still has to go to the dismantling industry. According to insiders, the service life of power batteries for new energy vehicles is generally 5-7 years. Since the country promoted new energy vehicles, the first batch of power batteries on the road has reached retirement age. The retired battery contains nickel, cobalt, manganese and other elements, which has great recycling value, but if it is not processed in time, it will bring great hidden dangers. The waste power battery pack is large in volume, high in electricity content, and uses special materials. Under certain conditions of temperature, humidity, and poor contact, it is easy to cause spontaneous combustion or explosion, which is tantamount to a time bomb. In addition, non-standard disassembly will also cause problems such as battery electrolyte leakage and short circuit fire.

Yin Zhongdong, a professor at North China Electric Power University, pointed out: It is understood that there are currently two main ways to recycle retired lithium-ion power batteries: one is the stepped utilization, which allows the retired batteries to continue to be used as power sources in the fields of electric energy storage and low-speed electric vehicles; The used batteries are disassembled to achieve resource recycling. Experts pointed out that the cascade utilization is only a part of recycling, and the final destination of the retired power battery is still to be dismantled. Obviously, from any point of view, power battery recycling companies to improve power battery dismantling ability are essential skills. However, industry experts pointed out that because the industry is still in the early stages of development, the key technologies in each link are not mature enough, whether it is in technology or in equipment, they are facing more difficulties. The different types of batteries recovered bring great difficulty to the disassembly automation and reduce the work efficiency. Industry insiders pointed out that due to the complex composition, power battery recycling and reuse face many restrictions and higher technical thresholds. It directly caused the embarrassing situation of recycling of used power batteries: the cost of dismantling is higher than that of direct scrapping. Experts pointed out that an important reason for such problems is that my country has not issued a unified standard for power batteries. With the continuous development of the power battery recycling industry, the calls for the introduction of battery standards are getting higher and higher.

Li Miaoxian pointed out that the entire process of recycling waste lithium battery packs has many steps, involving multiple interdisciplinary subjects such as physics, chemistry, materials, and engineering, and the technology is complex and lengthy. The technical routes and dismantling methods chosen by different companies are different, resulting in poor technology circulation and high technology costs in the industry. Enterprises and industry experts are calling for the construction of power battery systems and standards. Li Miaoxian said that the development direction of power batteries undoubtedly determines the development direction of its recycling industry. If there are standards for battery production, it is bound to form a unified standard in dismantling. With the standard basis, the cost of enterprise investment can also be reduced. So, what are the specific contents of the standardization of power batteries? Chen Jinzhao, general manager of Zhongtianhong Liqingyuan Co., Ltd. further explained that the relevant departments need to improve the design and production of power batteries and the construction of recycling technology standard system as soon as possible, and increase the power battery cells. Standardized design and dismantling specifications, increase the promotion of mandatory standards, and formulate relevant control standards. In this context, other industry insiders predict that the relevant departments may further optimize and improve the subsidy policy for battery cascade utilization and energy storage applications, and at the same time give power battery cascade utilization to R&D subsidies, guide cooperation among industry, research, and study basic technologies and Domestic manufacturers share the results and reduce the cost of power battery recycling enterprises.

Scan the QR code to read on your phone